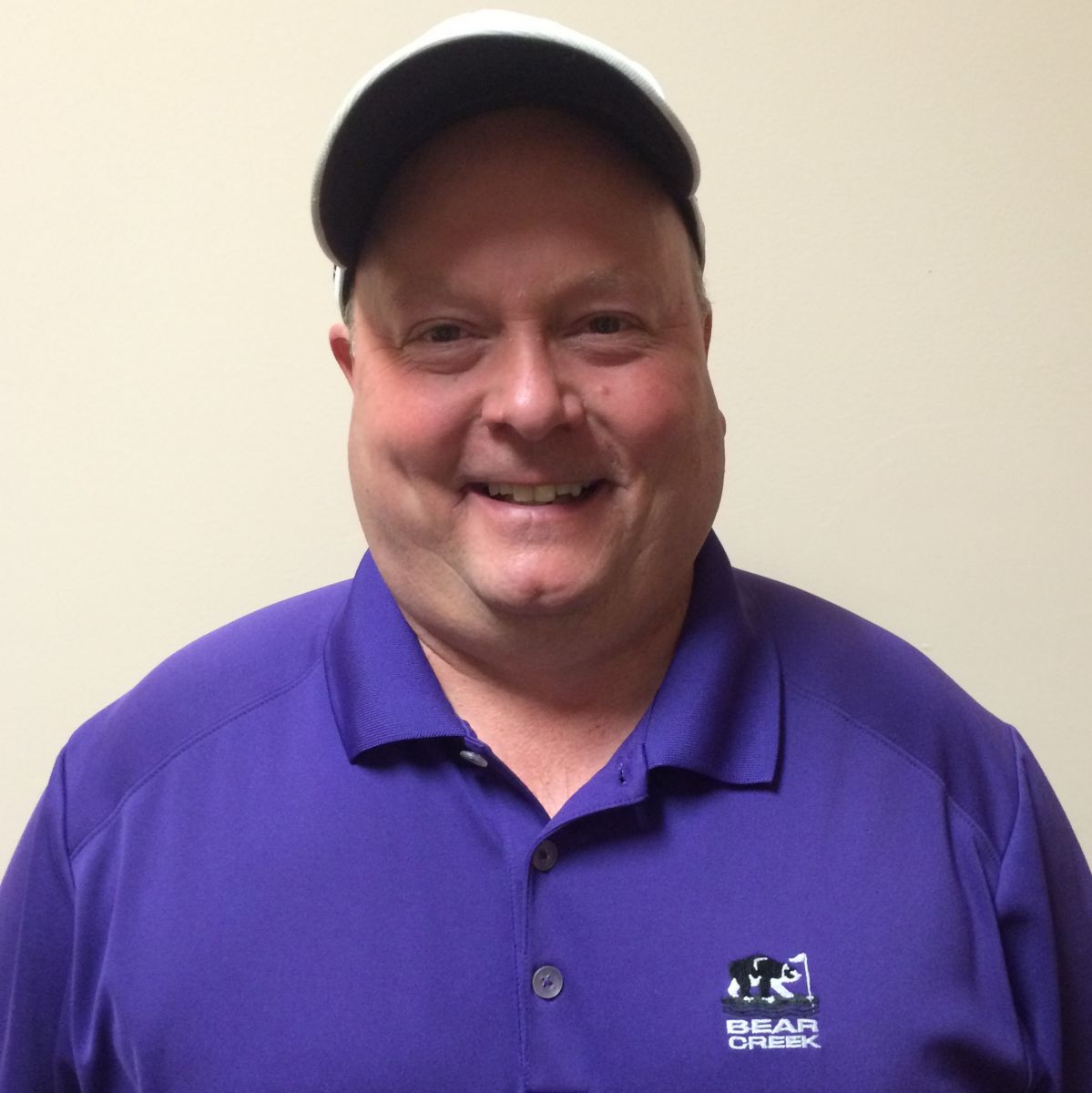 Kirk grew up playing junior golf and working at his favorite course, St. Andrew’s Golf Club in St. Charles, MO. He played college golf for two years at the University of Missouri- St. Louis and graduated with a business degree. Kirk became a member of the Professional Golfers Association (PGA) and the General Manager at St. Andrew’s Golf Club in 1989. He enjoyed this position for over 12 years where he taught group and private lessons, coordinated junior camps, and promoted their golf tournament business. He then managed Country Lakes Golf Club for one year until he started at Sun Valley's sister course, Bear Creek Golf Club in Wentzville, in 2002. Kirk has been at Bear Creek for 13 years as the General Manager and Golf Professional and has enjoyed watching the course mature. He has also managed Sun Valley Golf Course, since 2005 as General Manager and Golf Professional. Kirk enjoys working with each department of his staff to make Bear Creek and Sun Valley two of the finest courses in the area. He has received the 25th Year Quarter Century Award for his recognition in the PGA and continues to support and contribute to the PGA's growth of the game intiatives.

Kyle started his golf career at a young age working cartstaff and on the driving range. Growing up in South Carolina, he attended Clemson University and graduated in 2000. After spending his high school and college years on the maintenance crew at various golf courses, he began caddying at Augusta National. After four years at Augusta, he moved to Colorado where he continued to caddie in the summer and worked on the mountain in Aspen, CO during the winter. In 2009, he moved to Missouri and began working as the assistant superintendent at Old Hickory Golf Club. He also spent time as the assistant at Bogey Hills Country Club. Kyle began working at Sun Valley in 2017 and is looking forward to continuing improvements to the property and playing conditions of the golf course. Come on out and say Hello!

Book Your Next Round Of Golf Online!